“Made direct amends to such people wherever possible, except when to do so would injure them or others.”

At this stage, clients attempt to rectify their wrongdoings by confronting the people they harmed. The conversation may take place through a written letter or email or by sitting down face to face. The spiritual principle behind this step is justice.

A SOZO Client’s Point of View:

“Step 9 is where we make direct amends to people, in person, wherever possible.  When we do this, we should resist the temptation to blame others, whether they “deserve” it or not. I was told that I needed to clean off my side of the street and keep my eyes off the other person’s side of the street—period. That helped because there were a few people in my life that I needed to make amends to that were actually wrong a lot in my life. It helped me to grow both maturity-wise as well as spiritually to concentrate on my errors and not those of others. I felt that I was growing up a little.

I started with family members because they were hurt the most by my drinking/drugging. However, to be honest, I also was very familiar with the process of making amends to family, even though I soon realized that my previous amends were insincere. They did not weigh 8 steps in recovery behind them.  These were both the easiest and the hardest of my amends. They were “easy” because I knew that, although I had disappointed my family very much in the past, they still loved me. These family amends were the “hardest” because I knew that, in most cases, I was going to have a lifelong relationship with these people and my amends had to be truthful, long-lasting, and even permanent. It had to be the truth.

As I started to make amends I found that, for the first time in my life, I was simply saying, “I’m very sorry. I was wrong and want to make it up to you if you will let me.” This straightforward admission of guilt, without rationalization or excuses, was the result of advice gained in A.A.  it wasn’t my idea. I was not capable of being so direct and sincere. And I was incapable of thinking that it was suggested that true amends means “making things right”. It was right then and there that I realized that the taking of eight previous steps was guiding me into a principled way of living that, on my own, I could never have found.  I had always heard that “justice” meant, “if you can’t do the time, don’t do the crime.” But, working these spiritual steps and principles into my life was teaching me a much more profound understanding of “justice.”

I now realized that “justice” meant “getting right with God” and these steps were helping me to do just that. I never felt bad about one single amends. When I wasn’t sure if I owed amends, I made it anyway. I “erred on the side of recovery.” I was amazed that I was beginning to have the ability to see both the problem and its solution at the same time. This amazed me. Never before had I known “how the universe worked”. I felt empowered. I felt so very grateful for spiritual recovery at SOZO.”

Alcoholics Anonymous (AA) defines the 12 Steps as “a set of principles, spiritual in nature, when practiced as a way of life, that can expel the obsession to drink (or use drugs) and enable the sufferer to become happily and usefully whole.”

The 12 steps are a process of getting honest with yourself, cleaning up the wreckage of your past, and learning how to live your life in a better, more meaningful & principled way. Based on the idea of God as each individual understands him, the 12 steps are generally spiritual in nature.

In this article series, we examine each of the 12 step principles from a  SOZO client’s perspective, as they journey through the twelve steps. Through direct survey feedback, we’ll join various clients and their growing awareness of the spiritual principles behind each step in this series of articles.

This site uses Akismet to reduce spam. Learn how your comment data is processed. 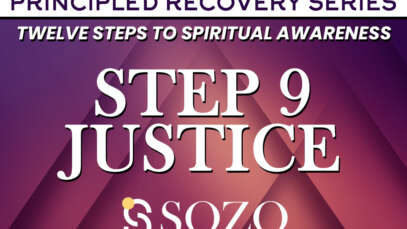 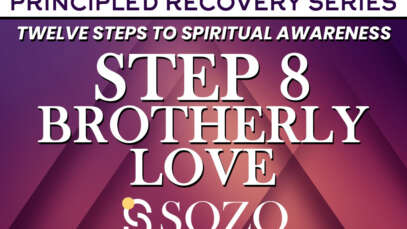